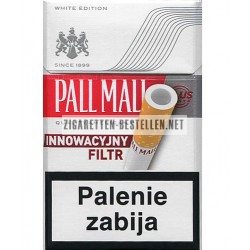 If you want to buy cheap cigarettes in neighboring Poland, you don't have to travel far!

From now on you can order cheap cigarettes directly from our Polish cigarette shop. Poland has been part of the EU internal market since May 1st, 2004, so there are no customs controls at the border. However, since January 1st, 2009 there has been a guideline for private use. For cigarettes, the guide value for duty-free import is 800 pieces. This means that you can order up to 4 packs of cigarettes for private use in our online shop every day without incurring any additional costs. All our cigarettes are 100% original and come with a Polish tax stamp. 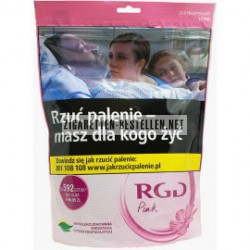 How do I find a suitable cigarette for me?

There are countless varieties of cheap cigarettes. We bring the light into the dark

The word cigarette (or cigarette) comes from the French and means something like "small cigar". However, a cigarette is far from a cigar in terms of taste. Cigarettes are basically made of specially cut tobacco and cigarette paper. Most cigarettes also have a filter, but there are also cigarettes without filters. The normal cigarette is by far the most popular. The choice here knows almost no limit. Our cigarette store offers a wide selection of cheap cigarettes. Worldwide known brands such as Marlboro, Pall Mall, Lucky Strike, L&M, JPS, Magnum, Tawa, West, Camel, Pepe, Burton or Gauloises but also the "bargains" among the tobacco products, such as the Mark Adams No. 1 are represented in the range of us.

The designation "without additives" is given to cigarettes when their tobacco has been treated only with water after harvesting and no artificial flavors and humectants have been added. This results in a cigarette with an unaltered tobacco flavor. In conventional cigarettes, additives are contained both in the tobacco and in the filter tubes. Humectants are added to the tobacco to minimize the risk of the cigarettes drying out. The filter paper has usually been treated with bleach to give it the pure white coloring. In our cigarette store you will find a wide selection of cigarettes without additives. Particularly popular are brands such as Pueblo or Winston

Menthol cigarettes are cigarettes that have been enriched with a fresh menthol flavor. Menthol works on the cold menthol receptor, this leads to the result that due to the menthol aroma, the feeling of having an easier inhalation when taking a drag on the cigarette. Go to our menthol cigarettes.

The category "Exclusive Cigarettes" includes cigarettes that stand out, for example, especially by a feature, such as a high-quality packaging, which is actually only known from cigarillos, or have a dark tobacco blend, or even cigarettes that are produced in the Superslim format. Superslim cigarettes are cigarettes that are about half the diameter of regular cigarettes. Go to our exclusive cigarettes. Take a closer look at our store for cheap cigarettes. We have many brands and types of cigarettes in stock for you. For each cigarette brand we have also made a small description for you.

We wish you a pleasant stay in our store and have fun ordering cigarettes online.

Originally, the tobacco plant was native to America. Tobacco smoking is rooted in ancient South American and tobacco smoking show Mayan priests middle American spiritual rituals of indigenous peoples.The oldest (600 - 500 BC) depictions of tobacco smoking show Mayan priests inhaling smoke from ritual fires. When Columbus landed in the Bahamas in 1492, the natives presented the arrivals with tobacco leaves, among other things. However, the conquistadors did not realize what tobacco leaves were for until they arrived in Cuba and observed the natives smoking them. The sailors brought tobacco to Europe. Tobacco smoking quickly found its way into European society. Within a relatively short time, smoking became a fad that got so out of hand in the 16th and 17th centuries that some rulers took countermeasures: Russia and Turkey had draconian punishments for tobacco use: smokers met excommunication, banishment, or even the death penalty. Other rulers used the tobacco boom to balance the national budget. As early as 1625, King James I of England levied a tobacco tax.